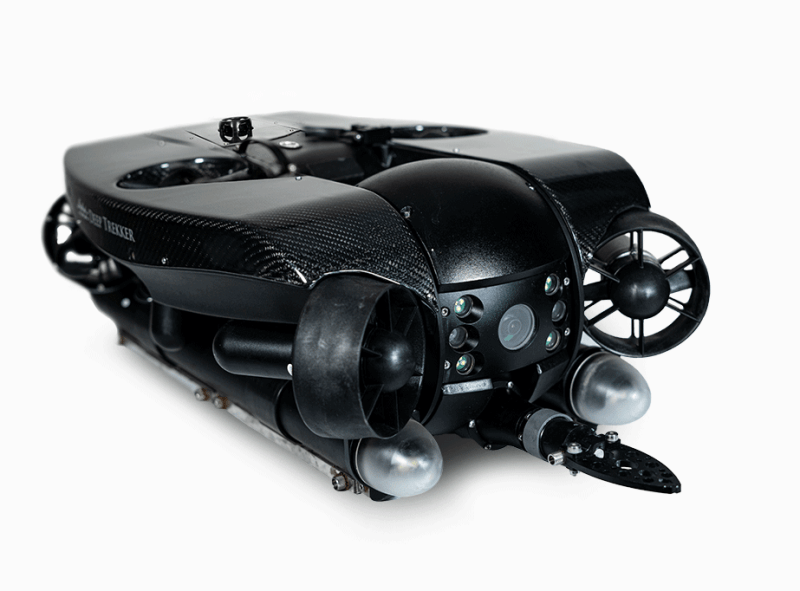 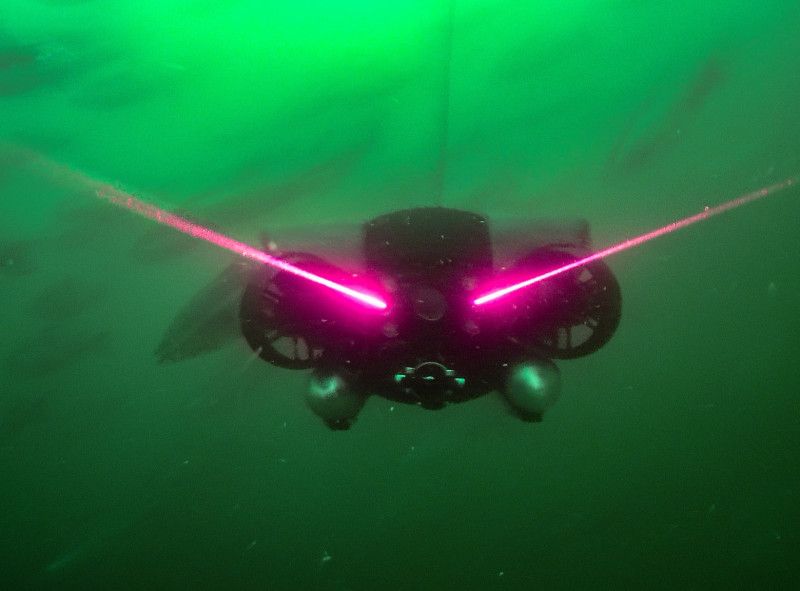 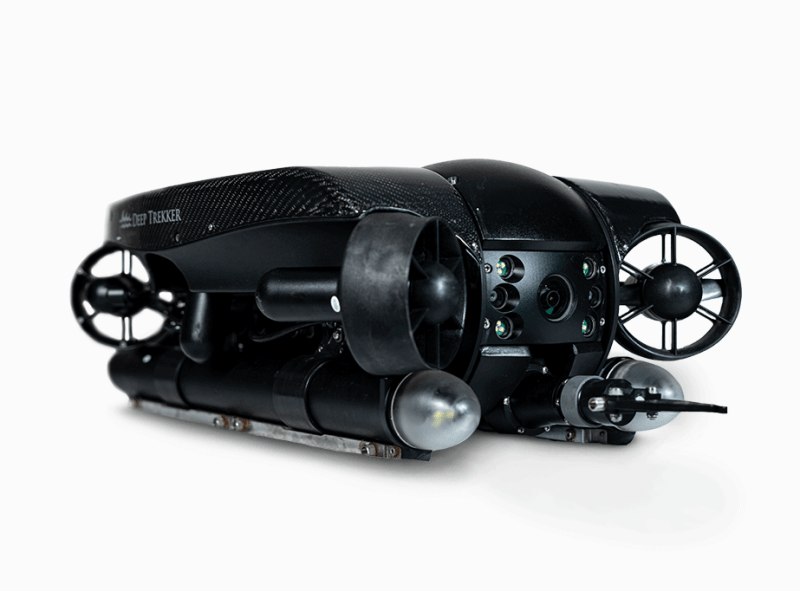 The REVOLUTION is the most intuitive and stable ROV for underwater surveys and inspections, built tough to survive harsh underwater conditions to accomplish complex missions. The revolving head provides unmatched flexibility for key attachments, allowing you to rotate your imaging sonar, ultra high definition camera and grabber to get the optimal angle depending on the task at hand.

The defining feature is the 260-degree revolving head at the front of the vehicle. Equipped with an ultra high definition camera that you can view from on your controller, as well as powerful LED floodlights and a laser scaler.

Adjust the angle of your camera, lights, laser scaler, imaging sonar and grabber to ensure optimal positioning for your application. Sweep an area with the imaging sonar in a search mission or to locate targets on the seafloor.

The ROV is propelled by six powerful thrusters, two of which are vertically mounted for precise vertical movements and depth holding, four of the thrusters are mounted horizontally and in a vectored configuration to allow for lateral movements. This configuration of thrusters is great for holding in heavier currents and for stable control when making fine adjustments while performing an inspection or survey.

The REVOLUTION is powered by two Lithium Ion battery tubes on the bottom of the ROV. The batteries last for up to 6 hours and included in the package is a spare set of batteries. the battery tubes or skis can be interchanged very quickly to keep your operations up and running. At the front of the skis are additional LED floodlights for even better illumination.

The thrusters utilize an innovative design called magnetic coupling, the propeller assembly and drive motor are connected together using magnets, meaning that the thrusters are very durable, they do not wear down over time and they do not require ongoing maintenance as other thrusters often do require oiling, greasing or regular replacement.

Above the camera head is an optional mount for a multibeam imaging sonar. Use the sonar to get a visual through murky water or over longer distances, monitor your sonar footage live and record it alongside your video all on your handheld controller, no extra laptops or monitors required.

Below the camera is a two function grabber with interchangeable claws for sampling, measuring, recoveries or tool manipulation.