Inspectors use Elios 3 for the first time in a storage tank. 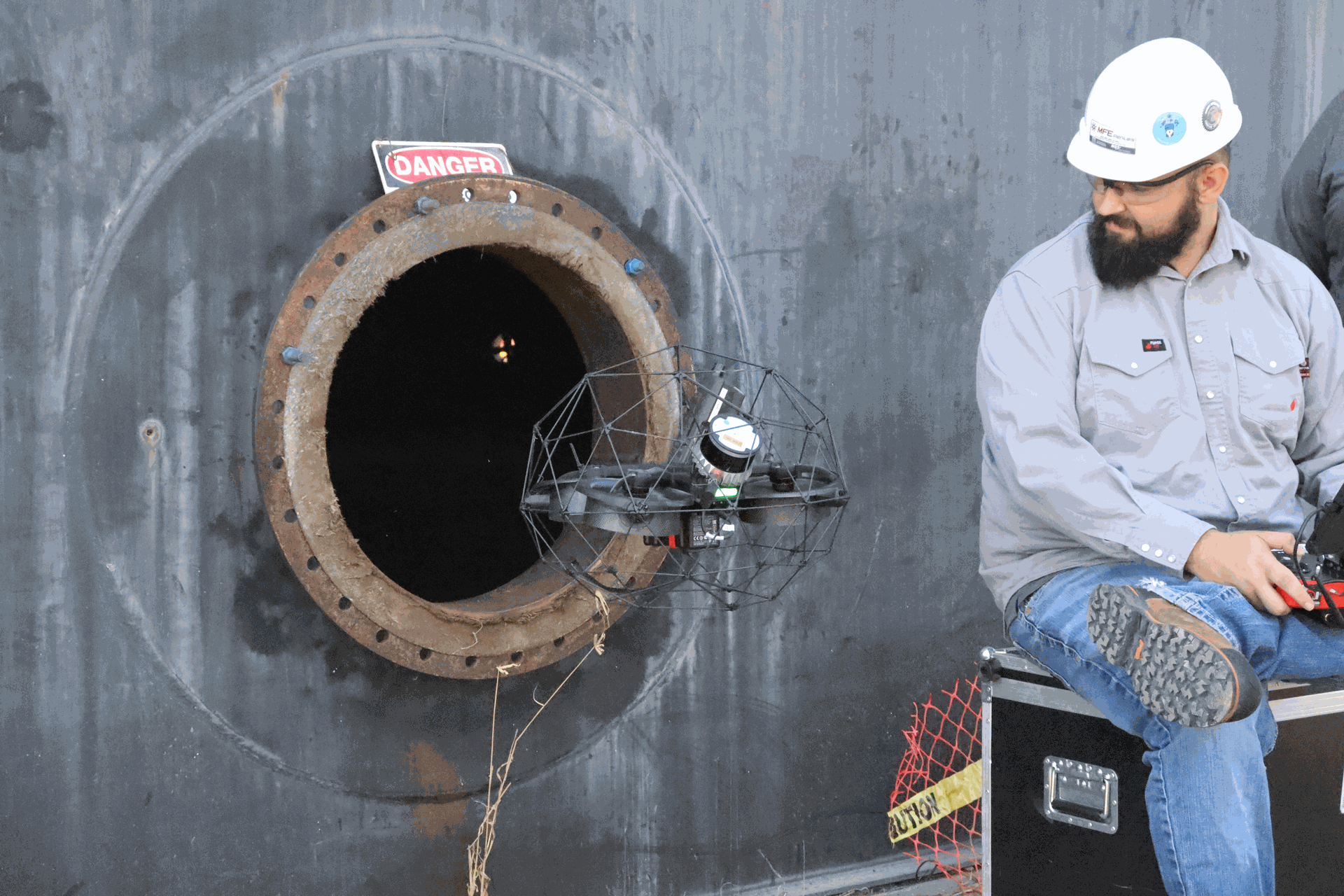 Friday, October 7th, 2022 Inspectors at a Texas refinery use the Elios 3 to inspect a storage tank for the first time. The inspectors wanted to test the capabilities of the Elios 3 by utilizing its new features and LiDAR system not only to navigate the drone but also to identify inspection points of interest. Drone Technical Support Specialist, “Ivan Miestchovich” and sUAS Product Line Manager, “Cody Menchaca” lead the team, providing pilot support and data acquisition for post and real-time inspection. Furthermore, data acquired from the tank inspection was used as a demonstration for sharing within the inspector 4.0 reporting software.

“I liked the real-time localization feature on the point cloud map. Also, I think this drone could potentially reduce the cost and time required for scaffolding. I was impressed with the drone’s wind resistance technology and like the safety of using the drone instead of a human for visual inspection purposes,” said onsite inspectors. 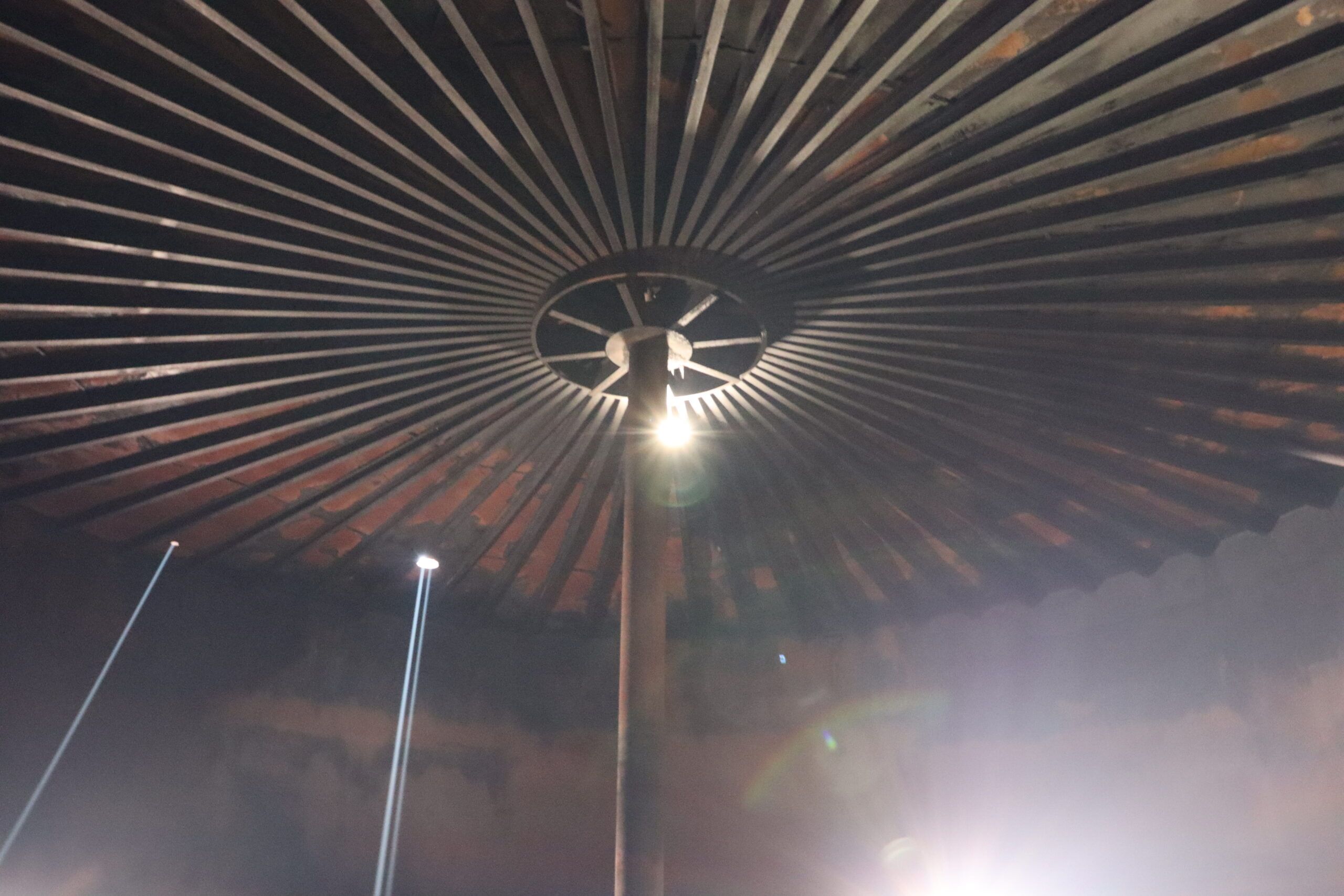 Elios 3 put to the test.

During the storage tank inspection, inspectors were curious if they’d be able to run ventilation fans while the Elios 3 was inside. So several fans were turned on and running at 50% speed, which had no impact on the high-performance inspection drone.

Ivan Mieschovich flew the Elios 3 in a circular pattern around the 60ft tank, using the real-time LiDAR point cloud map to ensure no areas were missed. At the same time, an on-site inspector viewed the 4k camera for signs of defects. On the 4th flight mission, a defect was discovered amongst the rafters. Ivan used the distance lock to maintain position as the inspector noticed that there appeared to be a gusset that was broken and a rafter that had been dislodged near a manway of the storage tank. This discovery was a potential safety risk and could have resulted in a potential loss of product. 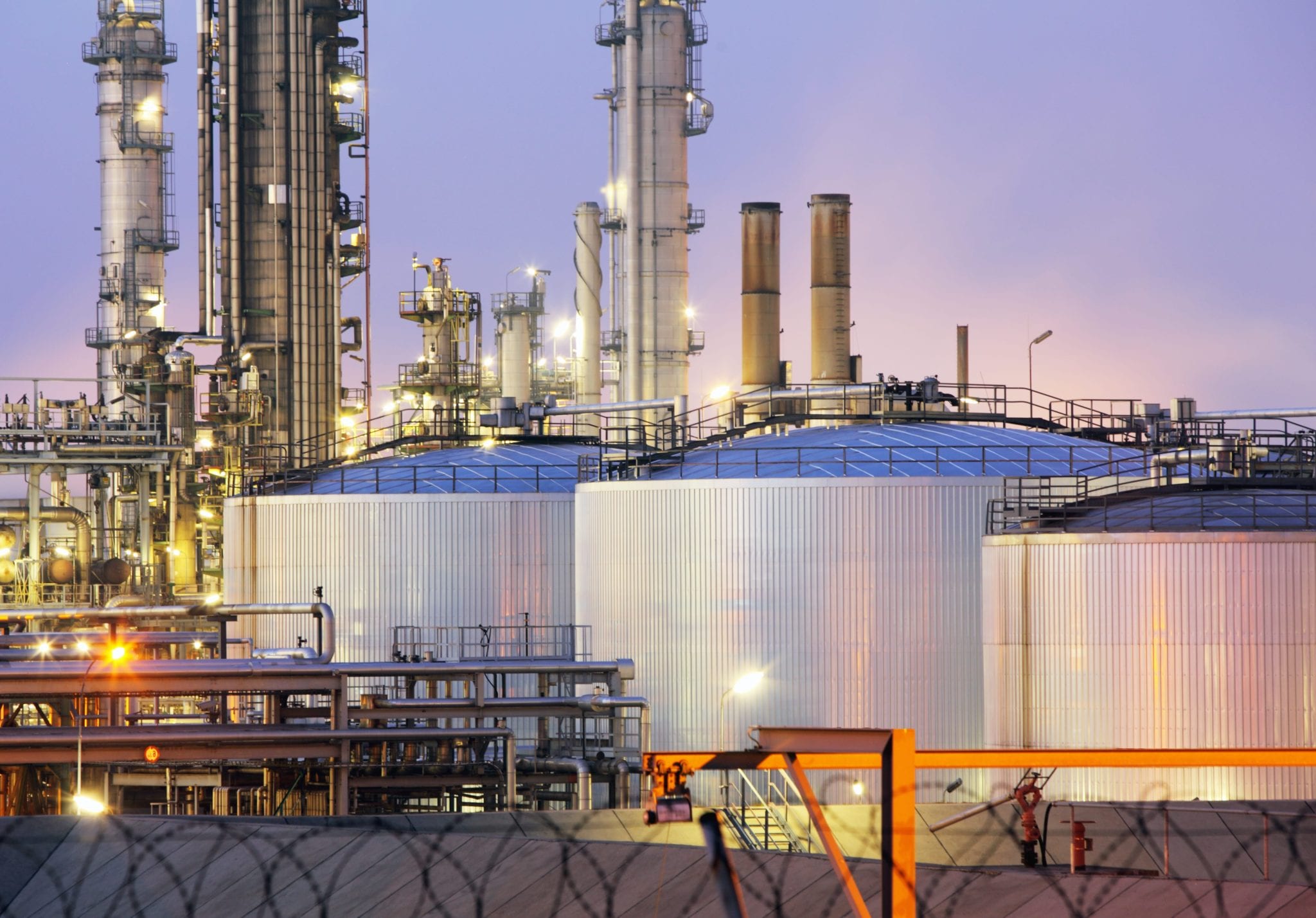 Typically internal inspection of assets costs a great deal of money due to the scaffolding needed to obtain access for out-of-reach areas. Scaffolding can be very costly due to labor, transportation, parts & duration of use. Many facilities may use PTZ cameras to pre-plan maintenance but these cameras have physical limitations.  By using an Elios 3 you obtain a great deal of insights for internal inspections without the physical limitations or the need for human entry. Through the point cloud map and 4k camera, inspectors have the ability to verify their indications, localize points of interest and share high-quality data amongst their team.

Are you interested in using an Elios 3 for your next confined space project? Contact one of our Drone Program Specialists in your area to schedule a Proof of Concept or receive training at one of our local training facilities.